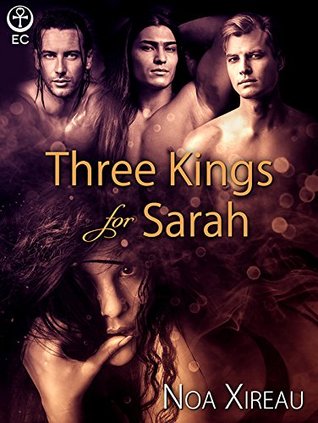 I received this book in exchange for my honest review:

I really enjoyed this book. I want to point out, it is MMMF/menage/ erotica. If you cannot handle sexy scenes, then this book is not for you. BUT! If you do like some pretty sweet sexy times in an alternate reality full of vampires, native american dream walkers, werewolves, and magicians, well my friend…this book is for you!

I know what you are asking yourself, “If you liked the book, then why only a 4 star rating?” For majority of the story, I was super sucked into it. HOWEVER, there were a few things that made it somewhat difficult to me while I read. First, there were times I did not know who was speaking. I had to re-read some dialogues a few times and try to figure out who was speaking. Sometimes, someone who was not a part of the dialogue, suddenly appeared in the there. Second,there seemed to be some sentence structures that did not make sense. I believe this is because maybe translation from Spanish to English might have been the cause of this. It didn’t occur often, but when it did, I had to read a few times to get it sorted.  Finally, I felt the climax of the story could have had more to it. It just kind of ended. I would have loved to know why the Wizards were trying to siphon out Sarah’s life force anyways.

Overall, the story was interesting, entertaining, and sexy as hell! And personally, that is the most important. No one is perfect and the story was entertaining as a whole. The summary of the book provided on Goodreads is pretty spot on so I won’t go into it any further. If you are a fan of erotica, or would like to try some new erotica, this book is definitely recommended.