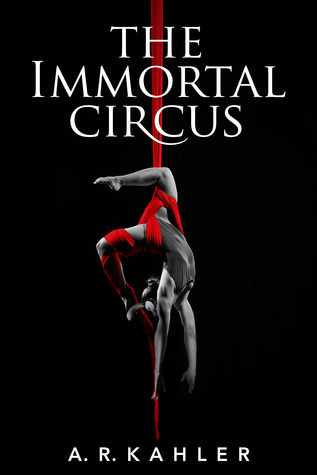 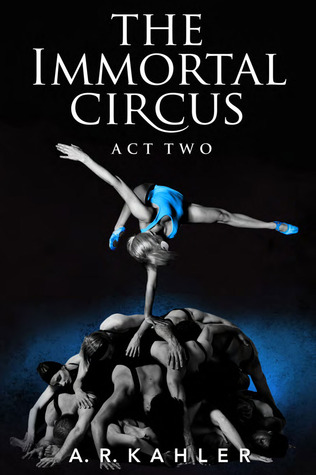 The Immortal Circus (Act One and Two) by A.R. Kahler

I had to go back and see if I actually reviewed Act 1, and it doesn’t look like I did. The reviews are pretty much the same. I don’t do book reviews very much, but pinpoint a few things here and there that I like or dislike. So I guess I can do both at the same time, because both books really had the same things right and the same things wrong with them.

In both books, Vivienne is annoying, and doesn’t have a memory. In Act 2, she slowly starts gaining her memory back, but bits and pieces. None of you questions are ever answered, and at the end of each Act, you are only left with more questions. Yet, I continue with the series.

I do have to say, I would suggest LISTENING to them, Amy McFadden is a great narrator, and I have said that over and over again because if she narrates, I will generally listen instead of read.

My qualms with this series is mainly that I always felt lost in the storyline. In both books. Even after Act 2, and all the WTF moments that both Acts equally shared, I still had too many moments where I struggled to hold on to the overall story. I also hate that I wasn’t fully prepared to have my heart a little broken in Act 2, but I won’t say why.

I am still lost to the whole purpose of this story as a whole. Hopefully, the Final Act will answer all the questions, however, I feel like there is way too much that needs to be addressed before this series can end!