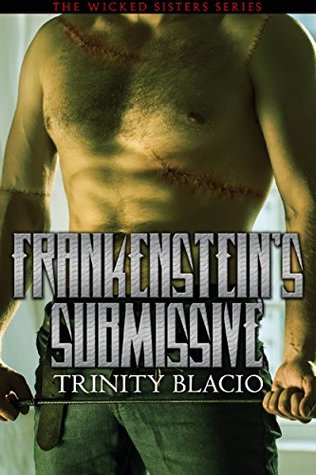 I received a copy of this book from Netgalley in exchange for my honest review. I was not paid for this review, these thoughts are my own.

This is a story about Frank Stein, a werewolf/vampire/human/machine that was created over 342 years ago (because the original Frankenstein story that we know is completely wrong per Frank). He is “the chosen one” (cue tiny aliens from Toy Story)

He has a ragtag pack of other werewolf/vampire hybrids and they decide it is high time to challenge the pack leader in New York (I think it is in New York). During the beginning of an outing, a blue haired witch named Whitney is noticed being chased down the street by said pack leader’s minions. Frank and his pack save Whitney and bring her back to Frank’s condo. Whitney had been bitten by the alpha Frank is going to challenge and turns into a werewolf in 5 seconds of being in the condo. Frank and his pack believe she is the queen and the 4 of them are her mates. Together. And it is HOT. But let’s not get too far ahead. They all go to the home of Whitney’s parents, pick up them and Whitney’s son and head off to a mansion that Frank owns. Whitney’s family is super happy that Frank has stepped out of hiding. They did not expect it to be in their lifetime, and the fact that Frank and his pack has selected their daughter to be queen is even better. This is followed by sexy times, talking, and some more sexy times (I will get into a further breakdown soon). So…who are the other 2 wicked sisters that name this series? Marci is part human part gargoyle…who at Frank’s mansion meets 5 brothers that are gargoyles who become her mates. Allie is part Fae. At the start of the early battle, Maci and Allie flea thinking the fight was their fault (they opened the doors which allowed Whitney to be capture by 2 vampire minions of Alfred, the pack leader).

First, I want to start with why I knocked 1 star off. For the first 1/3 of the book, I was really lost and had to reread some parts over. This is a relatively short story, 74ish pages, so I know a lot of information has to be packed into the overall story. However! Some things went waaaay too fast and I couldn’t keep up, again, this was really during the first third of the book. For me, everything flowed much smoother once they got to Frank’s mansion. I also thought the fight scene did not last long enough. Like seriously. One and done kinda thing. I also did not like that some of the sexual scenes happened in front of Whitney’s parents!!! I am usually not mortified by open sex scenes or having people around watching…but her parents!!! And they didn’t care! Her dad said “she needs to learn her lesson” lmao!!!! I know in the sexy paranormal world anything goes, but her parents?!?! And then! Dad threw mom over his shoulder, smacked her ass, and said he needed to go remind her who is boss!!! LMAO! I did get a kick out of that one though. Finally, the last reason I only gave it 4 stars was because the title indicates “submissive.” But Whitney popped off her mouth often and there was really only one punishment. Also, if this was a D/s relationship, couldn’t tell. When I hear submissive, that is what I think of in erotica.  I just wished it had a higher element to that. The description of the book is “the one and only Frankenstein who is more than willing to protect her if she submits completely to him. Talk about Scary Sex!”—I was really expecting something further out there than what it was.

Now! On to the good stuff– I really did enjoy the sex scenes that were in the book. I really like the chemistry between Frank, Cruse, Dana, Theodore, and Whitney. Also, Cruse can spank my ass any day! I liked Frank, but Cruse is def my fave. I also liked the characters as a whole. Though you do not get to fully know all of the characters, what you do get from them in the book makes you want to know more. I bought book 2 (Maci and her delish gargoyles) right after I finished this book because the author leaves you wanting more. Which, I love!!! I cannot wait to see what happens next! Aside from I mention before about not knowing what was going on for a while, I did like the author’s style. I like her creativity and imagination. Even though this is a smut filled erotic adventure, she also takes what we know from literature and gives them a sexy spin. I like that. I look forward to reading more of her works in the future.

If you want a quick, sexy, fix…I really do suggest this book. There are few typos, but I really did enjoy the book overall. 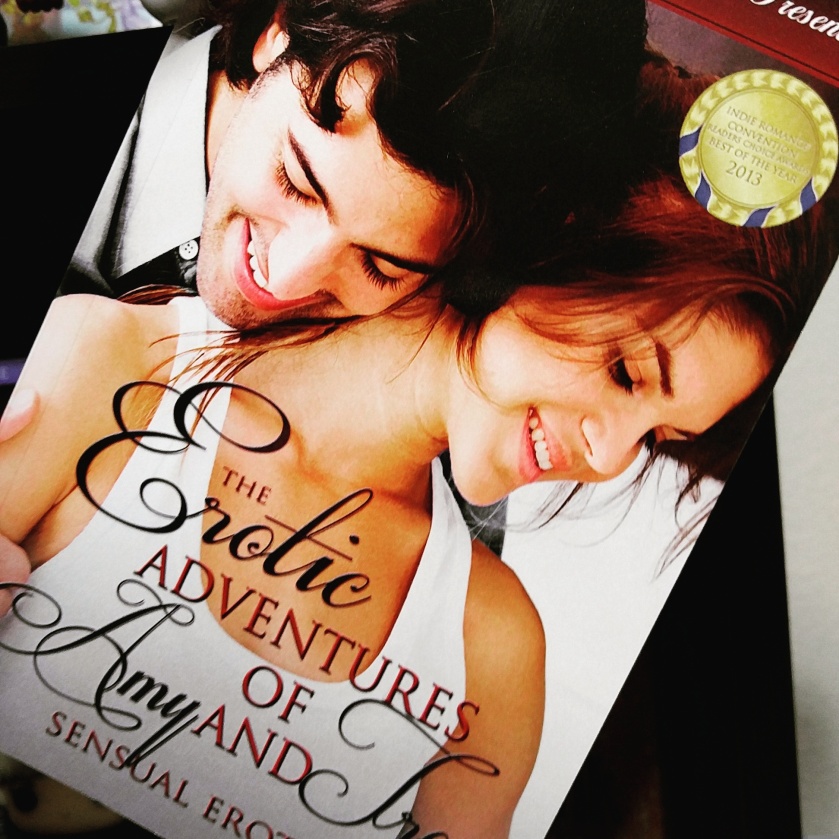 Many of Amy’s erotic adventures left me needing a cold shower to cool down! They were spicy and erotic for sure. I wish the sexual relationship between Amy and Troy were as hot as their exploits. You can love someone passionately and have some heat in the bedroom. My other major complaint is that on the back of the cover it states “Can love survive the day Amy loses all her memories of her longtime love Troy Dawson?” The last 40 pages (of 267 pages) were about the incident which caused Amy to lose her memories. I felt that the scenes with Brad and New Troy were rushed but it was also easy to tell they were being deceptive in their information they were giving. It could have been made more clear that they were trying to win her over in her current state. And while I am at it, shame on them for doing that to Amy!!! I was excited to get a glimpse into the early Brad Anderson, and he was delicious in this story as he is in the Submission series. I do wish that he had bigger roles, or longer part in the story. For as much sex and story line as there was, some of the relationships were not as developed and it could be confusing. Especially feelings that were being tossed around.

At the end of the day, I did enjoy this book and read it fairly quickly. There were parts that made me smile, happy, wanted to punch someone, and again happy. My biggest wish is that it focused more on Amy and Troy together and not separate. 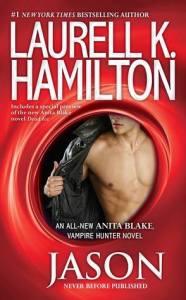 This book is a very quick read. I enjoyed every minute of it.

Let me point out, there are a TON of reviews on Goodreads that this book is all sex and no monsters…well…that is the damn point! This book was a lovely, sexy, break from all the boogeymen. If you don’t want to read it, then don’t. I can’t see how any of what happened will really be pertinent in later books (except if she actually cuts Jade loose).

If you are a prude, or can’t admit you like sexy stuff…then pass this book by because you will be disappointed. If you can’t handle a little “fudge ripple” and only want straight vanilla…move on a long then. This book isn’t for you. If you don’t mind reading about taboos, are comfortable with your own sexy preferences and do enjoy the sexier side of Anita Blake, then you will not be disappointed.

If any of you follow Hamilton’s twitter, you will see how close Anita’s life is to her own. Their little happy poly family, is similar. If those are things you can’t get your head around, why are you still reading this series? This series is so much more than vampire hunting. Anita has to face some really serious stigmas that a lot of women face on a daily basis! Our sex lives are always scrutinized (if we admit we like sex, we are considered whores), if we are hard workers then we had to have sexed up someone to get our position…seriously. SO yes, I enjoy reading about the new challenges Anita faces and how she handles them. How she dissects them. This book is no different. People just need to quit their bitching. You can clearly see from the description of this book that it is going to be sex filled shenanigans. If you don’t want to read it, then don’t.

I also don’t understand how people rate this book without even reading it…based solely on it’s description and their disappointment! Really? What is the purpose of that?

This book makes Anita realize that she is not uncomfortable with having women in her life, but that she needs strong women like the strong men. I keep forgetting who Jade is and trying to remember when she came about in the series. To my knowledge, she is not prevalent that much since her acquisition from her abusive master. I thought the sex scenes were well written, as usual. Of course I will read any scene with Jason, Domino and Nathaniel in them. Not really sure how much more to write for this review, ha. It was all sex and dealing with Anita’s Jade problem, which she did. It was short, sweet and to the point. I do wish it had a bit more of Jason in the story line.