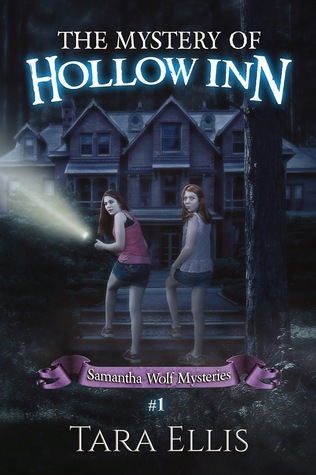 The Mystery of Hollow Inn, written and narrated by Tara Ellis

The Mystery of Hollow Inn is one of the many books on my 2016 Books to read list.  This book also satisfies one of my challenge books for the Mount TBR challenge. I am trying to “clean up” my TBR pile, though it seems to be ever growing.

This book was cute, and I feel for the age it is targeted towards, it will be enjoyed by its readers. At a certain point in this book, I was thinking to myself, this sounds awfully familiar….and then I kept laughing to myself thinking “those meddling kids…” Know where I am going with this? Yes…all they needed was this beloved childhood dog: 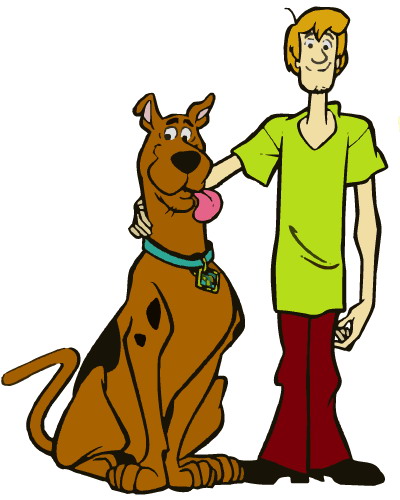 By the end, I was literally waiting for the villain to say this. I was a bit sad he didn’t, but I am sure that is copyrighted. The story line is appropriate, it is a quick read/listen. Sam was a smart cookie, and it sounded like she will have great stories to tell her friends after her little vacation.

I want to point out…who in the world would send 2 12 year olds out on their own on a 10 hour bus ride?! Seriously! That is my big qualm with this book. This book felt a bit Hardy Boys and Nancy Drew to me, but I feel like it is supposed to be a more modern take on Nancy Drew. I think it is appropriate with the current times. I also like that both kids talked about the pressure they felt with technology, social media, and texting. Twelve year olds do not really need to be doing all that anyways 😉 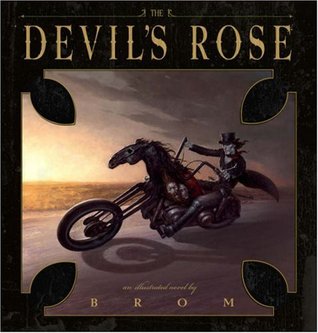 The Devil’s Rose by Brom

As I was finally finishing this story, I showed my boyfriend some of the pictures and told him what this story was about. He asked me who it was by and I said Brom. He asked, “that’s his name?”…Yes. Brom is amazing enough to just go by 1 name. He does not need a full name.

Is there an author that no matter what they publish, you will grab a copy and read it? Brom is one of those authors for me. I managed to snag a copy of this book, this is his second illustrated novel, on Amazon. They seem to be really hard to come by. I love Brom, my favorite is The Child Thief, a Gothic, dark retelling of Peter Pan. He has another novel coming out this year, which I am extremely excited about.

The Devil’s Rose is a “short” story, only roughly 128 pages but jam packed with a beginning, middle, and end. The gorgeous Gothic art makes it that much more enjoyable. I always try to get people to read Brom, I share his posts on Facebook, if his books are on sale for Kindle (Though I suggest getting the actual hard copy).

This story is a western Hell story, so if you have delicate sensibilities or do not want to read “Devil” stories, then this book is not for you. It mixes Western with Underworld. Cole is sent by a Fire Demon to catch Rath and several souls that managed to escape Hell to bring them back. Cole is a soul catcher, and when he does the Devil’s bidding, it is considered time served and eventually he hopes to be able to find the soul of his beloved in the afterlife. 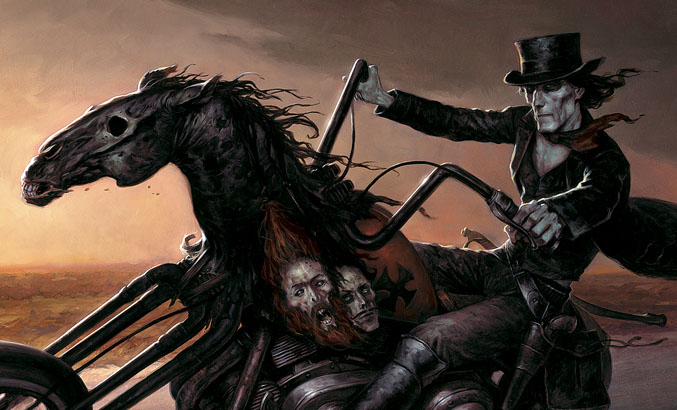 Cole, the Soul Catcher, former Texas Ranger who was shot down by deputy during a tirade at the Church when his beloved Rose killed herself. He collects souls that have escaped Hell. 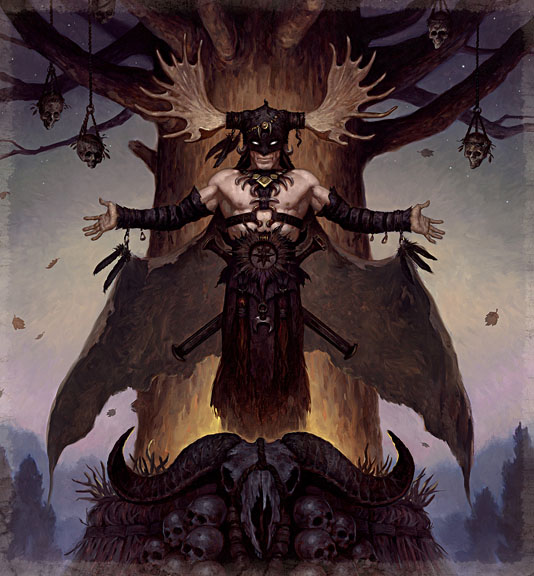 Rath. The god that escaped Hell with a few other souls at the beginning of the story.

“‘I burned their churches, crucified their priest, raped their women, and fed their children to our beasts.’ He said this as though describing nothing more than a holiday table setting.” 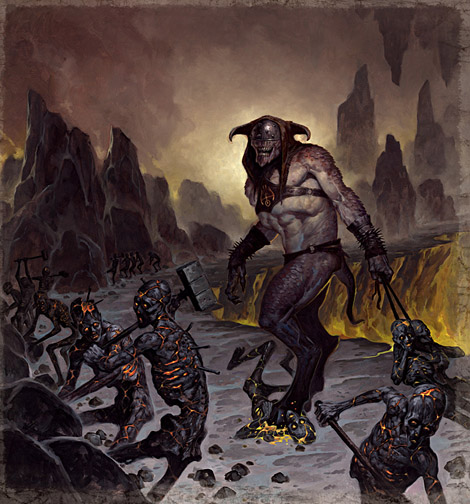 One of the guardian demons in Hell. 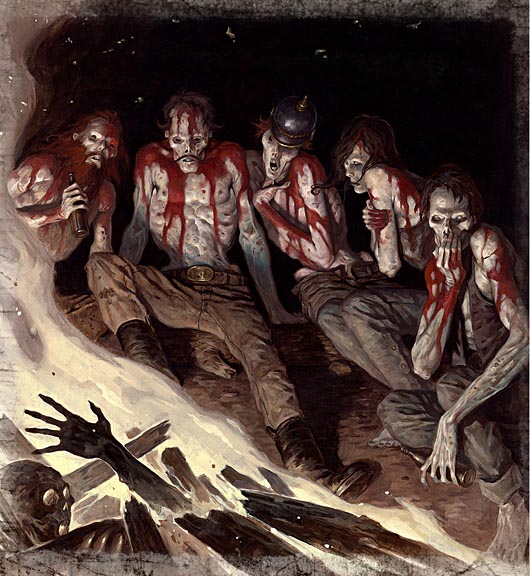 Escaped demons that took over the flesh of some living humans that were camping. 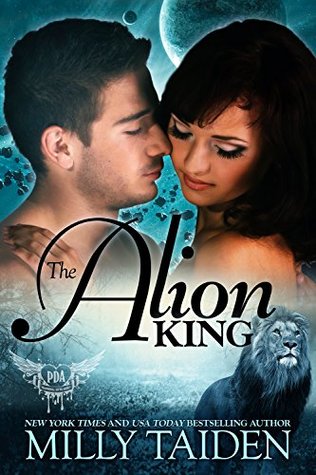 The Alion King by Milly Taiden, Narrated by Lauren Sweet

I had listened to previous books in this series a while ago with my mother, however, I stopped and the series kept piling up. My mom went nutso and BOUGHT all of Milly Taiden’s books on Audible, which is actually MY audible. My mom has taken over my account it seems sometimes, I can never find books I put in the wishlist, they are always hers. So, part of my TBR challenge will be to clear out what I can of the Audible books my player seems to have gained from my mother’s shenanigans, which, she has good taste, so it is not that big of a chore!

In this installment, Geri and her new assistant go to the planet Nova Aurora to help the Lion King (yes…you read that correctly) find his mate. His mate turns out to be Geri’s assistant. Instead of introducing himself as the king, he makes her believe he is someone else, so that she can get to know the real him. (Obviously this is going to piss her off eventually…) Ultimately, two alpha wolfs from the Ice Mountains decide to kidnap her because she is the matchmaker’s assistant and they hope that kidnapping her will make the matchmaker stay longer in order to find them their shared mate for their alpha triad. All in all, we know how it ends because Milly Taiden’s endings are always what you want in a sappy, sexy, sometimes smutty, romance, so I will not divulge any of those details.

Was this my favorite in the series? No. Was it still immensely enjoyable? Yes. Do I recommend this series? Yes. Am I glad I checked this off my list? Yes!!! Bring on the next….